Cusco South Valley Tour, starts between 08:30 am and 09:00 am with the pick up from your hotel, if you are in the city center and if not, we will coordinate a meeting point, this tour consists of great tourist attractions such as the case of the archaeological center of Tipon with its Inca canals and aqueducts still in operation.

the archaeological center of Pikillaqta which is a pre-Inca city built by the Wari culture, the great front of Rumicolca that was possibly the gateway to entrance to the city of Cusco on the south side and the temple of Andahuaylillas that was named Sistine Chapel of America that inside treasures treasures in paintings of the Cusco school.

Here we will make a brief description of the tourist attractions to visit in this Valle Tour.

Tipon archaelogical park is located 26km southeast of Cusco. At the old adobe church along the main road, we turn left up a paved road that winds uphill for approximately 3.5 km (10 minutes drive). Tipon is one of the most impressive Inca archeological site where one can see a series of terraces and irrigation canals. Tipon was a ceremonial center where water was channeled through underground passages from the Pachatusan mountain above the site.

Piquillacta is located 33 km southeast of Cusco. This was one of the most important cities of the Wary Culture, who were later conquered by the powerful Incas around 1200 A.D. The name means “The Place of Fleas”. The entire city was enclosed by walls made up of a mixture of stone and earth with the interiors of the buildings being more finely finished.

Piquillaqta has more than 700 structures and some walls standing almost 12 meters high in places. Across from Piquillacta is the beautiful lake Huacarpay, home to many species of local fauna.

Close to Piquillacta lies the archaelogical ruins of Rumicolca, consisting of three pyramidal constructions, with bases and internal walls made of giant stone blocks. In the upper wall of the complex lies the aqueduct built to carry water to Piquillacta. The other function of Rumicolca was believed to have been as the main gate into Cusco.

The legend of Rumicolca states that many years ago the Inca Huayna Capac made a priest named Rumichaca governor over the land. Rumichaca had a beautiful daughter named Sumac Tika who had several suitors, two of which were; Aukitito, a soldier and Atoc Rimachi, son of an Inca noble. She decided that the first to bring running water to Piquillacta would be the one to marry her.

The two rivals began constructing their aqueducts (Rumicolca) side by side, overcoming many obstacles along the way. The winner was Aukitito who married the princess while the unfortunate Atoc Rimachi hung himself.

The most important attraction for visitors is the San Pedro de Andahuaylillas Church, considered to be the “Sistine Chapel of the Americas” due to the quality of its art. Built at the beginning of XVII century, the inside of the temple is decorated with murals by Luis Riaño representing the paths to glory and to hell.

In addition, this church has a majestic piano, numerous canvases of the Academy of Cusco, exquisite silverwork and baroque altars.

To do the Cusco south valley tour the boleto turistico is required.

Pick up from your hotel at 8:00am. We will begin our tour at the Tiponarcheological complex and later visit the village of Oropesa. Continuing on with our journey, we will walk around the archaeological remains of Pikillaqta and ultimately reach Andahuaylillas, home to the exquisite baroque church known as the “Sistine Chapel of the Americas.” In the afternoon, we will take a bus back to Cusco.

We will pick you up from your hotel at 08:00 a.m. and we’ll head towards the Archaeological Place of Tipon.

At 08:40 a.m. we will arrive to Tipon, which was a sacred site where the Incas worshiped the water.

At present, the water still runs through the different channels and platforms of the complex, your guide will provide you with the necessary information.

Then at 10:20 a.m., we will go to Pikillaqta and all its surroundings of the Archaeological Site.

We will arrive at 11:40 am at the small town of Huaro and visit its church that dates from the 16th century.

Finally we arrived at 12:30 pm to Andahuaylillas, considered the Sistine Chapel of America.

Finally, we will return to Cusco at dusk. The point of arrival is near the Plaza de Armas of the city. Private services will leave you at the door of your hotel.

The shared service tour allows a minimum of 7 and a maximum of 18 tourists per group. The private tour allows a maximum of 6 tourists per group.
The southern valley includes the archaeological remains of Tipon, Piquillacta, lagoon of Lucre and the church of Andahuaylillas.
The difference between these tours are the places to visit and also the direction in which they are, the southern Cusco Valley is located to the south east of the city of Cusco and the Sacred Valley is located to the Northwest and Northeast of the city of Cusco.
The complete tourist ticket includes 15 attractions or places to visit and among these is the archaeological remains that are visited in the South Valley, the only attraction that is not in the tourist ticket is the church of Andahuaylillas that has a cost of 15.00 soles, but in our package of the southern valley we include all the income.
The tour begins at 8:30 am with pick up from the hotel, we leave Cusco at 9:00 am and return at 14:30 pm.
The group of the tour varies according to the season in the low season between the months of November to March the group is between 5 passengers and 15 passengers and in high season from April to November the groups can be between 10 passenger and 18 passengers.
Ticket that allows you to visit 16 places of tourist interest that are in the city of Cusco, Sacred Valley, South Valley and adjacent places.
This ticket is administered by the cultural tourism integrated services committee - Cusco COSITUC.
The places of tourist interest that can with the general tourist ticket are:
The Regional Historical Museum.
Contemporary Art Museum.
Popular art museum.
Museum of Qoricancha site.
Qosqo center of native art.
Monument to the Inca Pachacuteq.
Sacsayhuaman.
Q'enqo.
Puka Pukara.
Tambomachay.
Pisac.
Ollantaytambo.
Chinchero.
Moray.
Tipon.
Piquillacta.
The price of BTG (GENERAL TOURIST TICKET) is S /. 130.00 soles for foreign tourists and S /. 70.00 soles for national tourists. It has 10 days of validity. 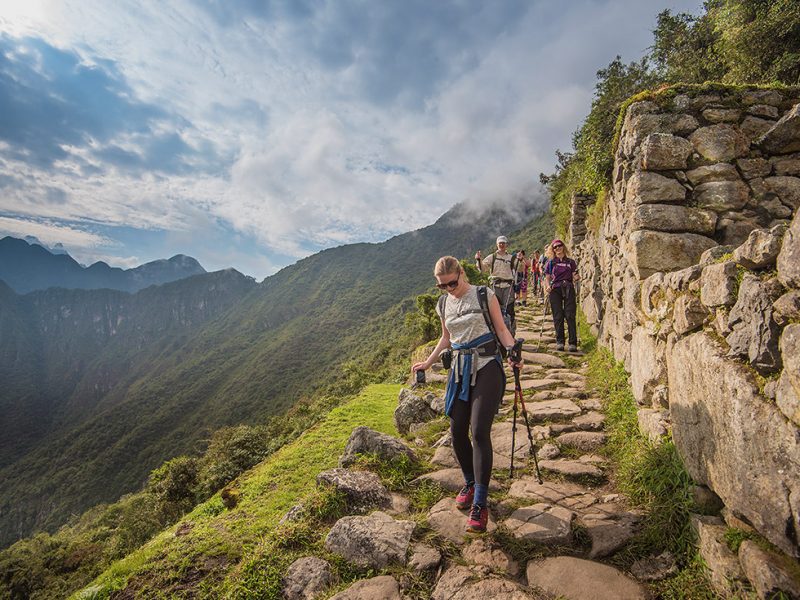 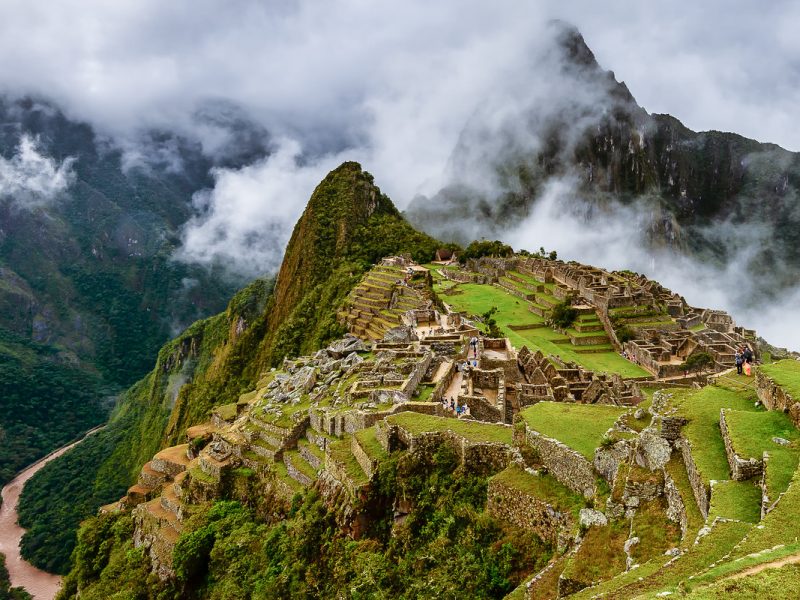 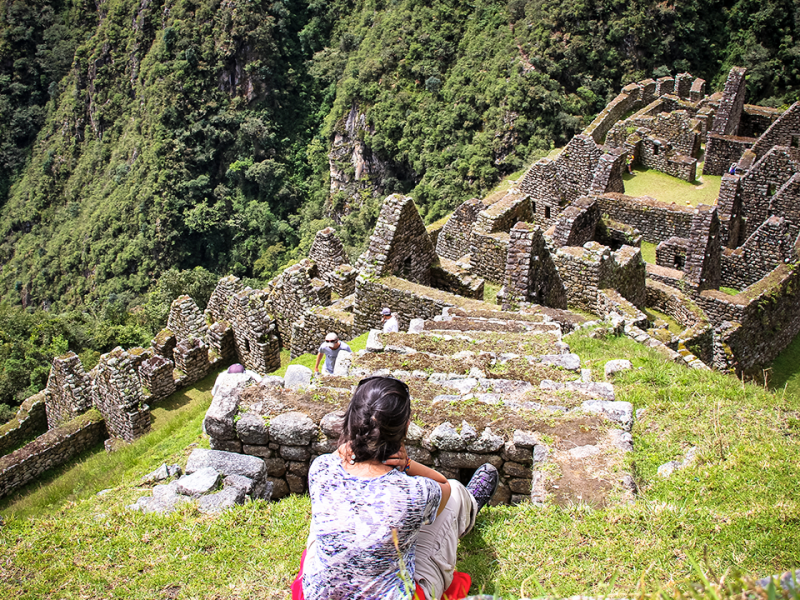